Home/Blog, In the Gallery/Recent work by Francisco Gomez
Previous Next

The “Front Office Gallery” at sfclayworks is pleased to announce our new show:

A Waiting Room for Sensation, Light, and Permission: Recent work by Francisco Gomez.

Besides the Opening and Closing dates, if you would like to see the show you can stop into sfclayworks during regular studio hours. Please ring the bell as we keep the front door locked at all times.

Though sfclayworks primary artistic medium is clay, from time to time, we love to bring in artists whose work offers the opportunity to expand the horizons of the public and of our clay community members. Like everything in life, each new experience is an opportunity to change and shape our creative perspective. 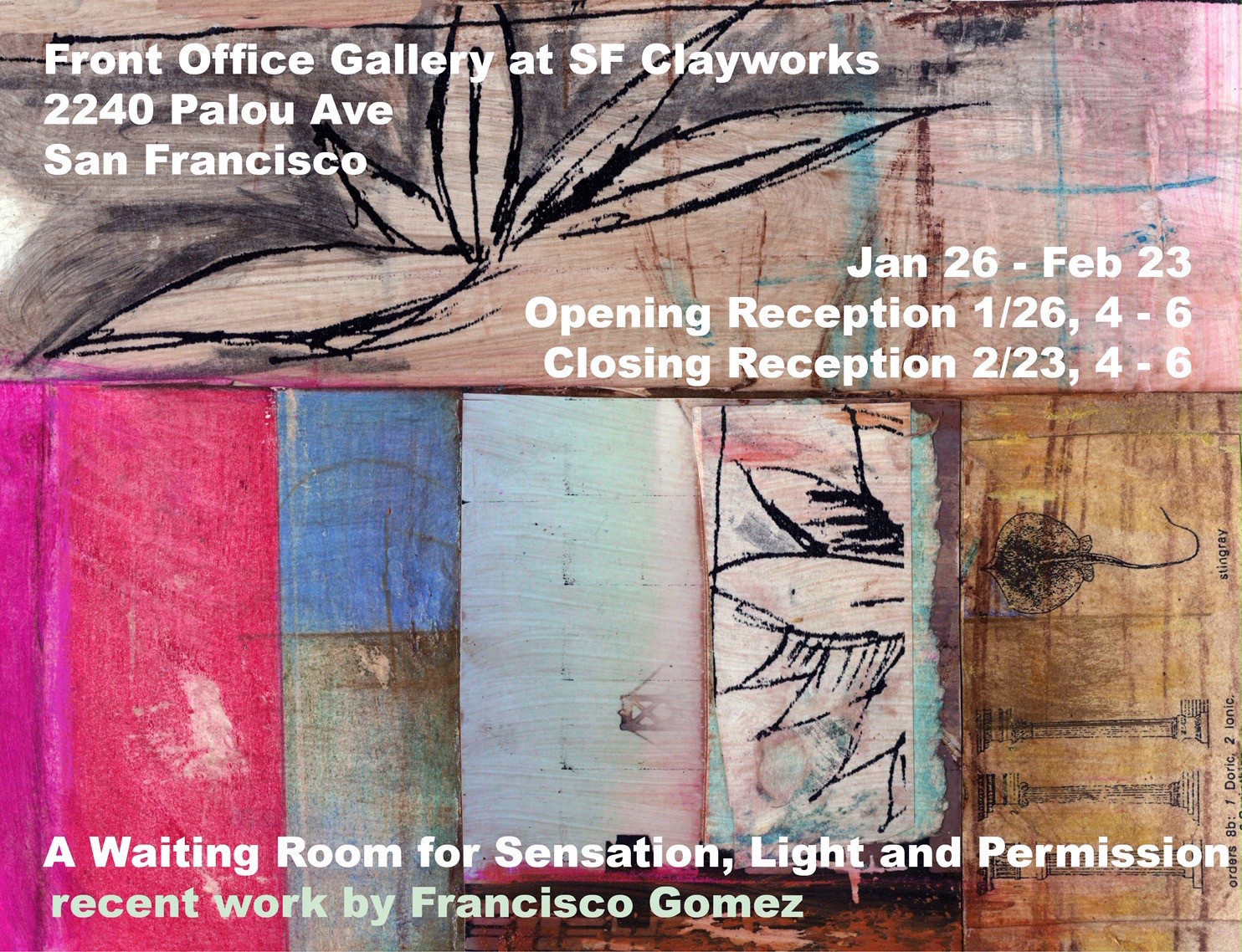 In addition to the artist statement, we have added a bit of history of below.

My work is self-referential and tends toward the autobiographical. I utilize aspects of memory and nostalgia to look at things around me in relation to the past.  The elements are not necessarily fixed or preconceived. The pictures are caption-like…imagistic, expressing some content, but more like signifiers, which allude to a place beyond themselves; a snippet of passing existence, dispersed, but persisting in memory.

In this context, I refer you to a quote by Luis Buñuel, the Spanish filmmaker, from his autobiography, My Last Sigh. He recalls a visit with his aged mother who no longer recognizes him. He ruminates about memory “…You have to begin to lose your memory, if only in bits and pieces, to realize that memory is what makes our lives. Life without memory is no life at all, just as intelligence without the possibility of expression is not really intelligence. Our memory is our coherence, our reason, our feeling even our action. Without it we are nothing.”

In making the work, I source raw imagistic material, which I process with drawing, paint, and collage. My selections usually have some connection to my family or me, but not exclusively. I use collage and paper as a medium because it allows for improvisation and chance. I usually begin with an image or object, be it copier generated, photographed, printed or drawn and react to it with paint, pencil and glue. I then rework: cut, glue, more paint, re-photograph, re-collage, scan, print and rework. I peel, sandwich and erase to create image. My pictures have aspects or elements that are more prominent while others recede, which as I work, may constantly change and shift. 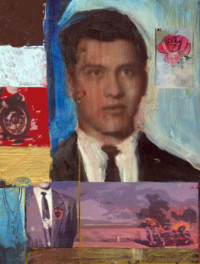 More about the artist:

Francisco Gomez is a native San Franciscan, but who lived for two years with maternal grandparents in Guadalajara, Jalisco Mexico (age 3-5). He attended catholic grammar school and high school in San Francisco. He graduated with a bachelor’s in arts, in Fine and Studio Arts from San Francisco State University.

In 1989 Mr. Gomez began showing in Dia de los Muretos exhibition curated by René Yañez, a well-regarded assemblage artist, performance artist, curator and community activist. The work focused on remembrances of friends and family members who have died to help support their spiritual journey. This activity has generally informed his other work.

Professionally, Mr. Gomez worked supporting various commissions, committees and boards at the State Bar of California, ultimately as The Director, Executive Office Programs (DEOP), serving under the direction of the Executive Director/CEO/Secretary or designee.

Mr. Gomez has served on the Board of Directors of the Mission Cultural Center for Latino Arts (MCCLA) since 2011, as Chair since 2013. 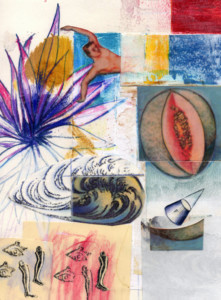 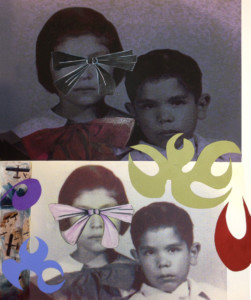 We look forward to seeing you in the studio!