Home/Blog/Thank you “Glaze Goddess!”
Previous Next

A giant thank you to Janelle Ziobro Moynihan, for two wonderful years of working with us at sfclayworks as one of our first “hands-up” workers.

When we first got started at sfclayworks and implemented our “hands-up” program, Janelle was the first person to step up and express interest in making a commitment to learning more about working in the studio. We already knew we could count on Janelle because even before the doors at sfclayworks were officially open, Janelle came down to the studio and helped our crew build the studio we have today.

Janelle has been a natural in the studio. Though she came in with a very basic knowledge of glazes, Janelle tackled the dreaded sink sludge and came up with some of her own limited edition glazes such as blue granite, cast iron, a green yellow matt, and a new black matt glaze that is in the midst of its final testing. Janelle also helped take our scoop glaze and change it to a 100% formula.

We found Janelle to be fearless in her ability to be told only once how to do a new task and without hesitation she would get the job done. sfclayworks was very fortunate to have had her work with us as one of our first “hands up” workers.

Though we are still in good hands with our self designated “Goo Goddess”(Saba), we will miss not having our “Glaze Goddess” in the house. Upon hearing the sad news that Janelle was going to be moving on to other adventures, we have selected our new hands up candidate Derek Lin , but we will tell you more about him later.

Janelle intends to stay on till the end of September to help train Derek, so when you see her in the studio thank her for all the great work she did at the studio.

Janelle, good luck with your new adventures. We hope you will always consider sfclayworks your family! 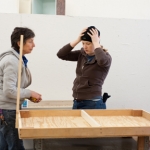 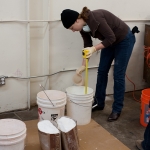 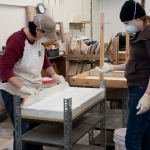 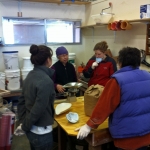 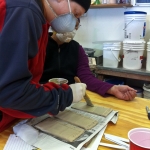 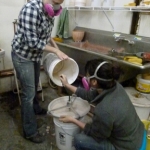 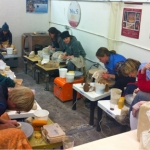 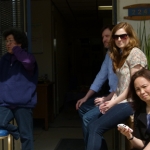 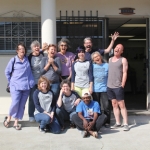 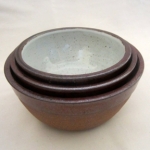 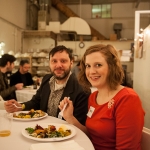