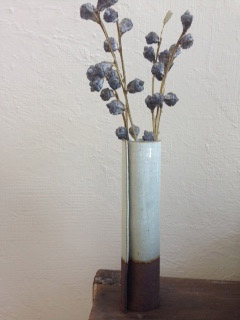 Gay took her first ceramics class on a whim in 2000 and was immediately hooked.  It took twelve more years to take another class and become fully immersed in the world of clay.  She joined sfclayworks as a beginning student and continued working her way up, joining on as a Hands-up intern and learning the ins and outs of what it takes to run a clay studio.  Gay’s curiosity about techniques, firing, and glazes pushes her to experiment with her work and gain as much knowledge as possible from the other artists in the studio.  As a classically trained chef, the most exciting and fulfilling part of making functional pottery is being able to serve her food on her own handmade pieces.

During spring of 2017, Gay decided  it was time to move on from sfclayworks. We hope we were able to help Gay learn more about the ceramics process, and wish her the best as she moves into the future. All of us at sfclayworks are thankful for the help Gay provided us during her time in the studio.