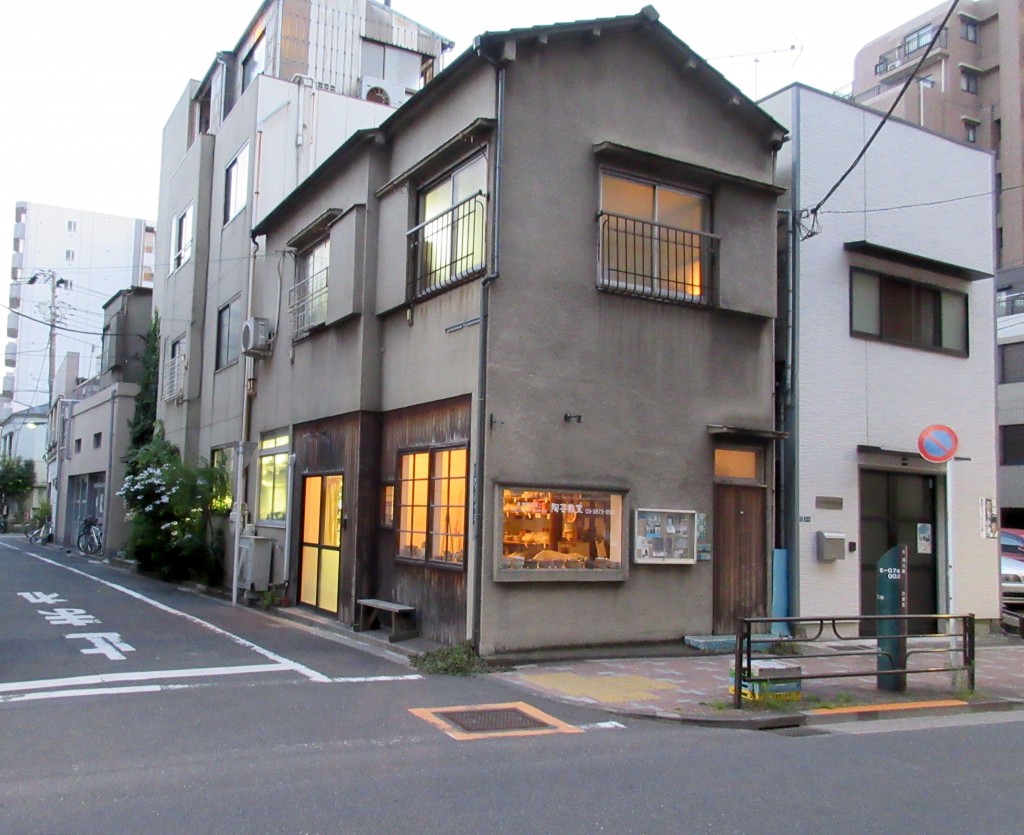 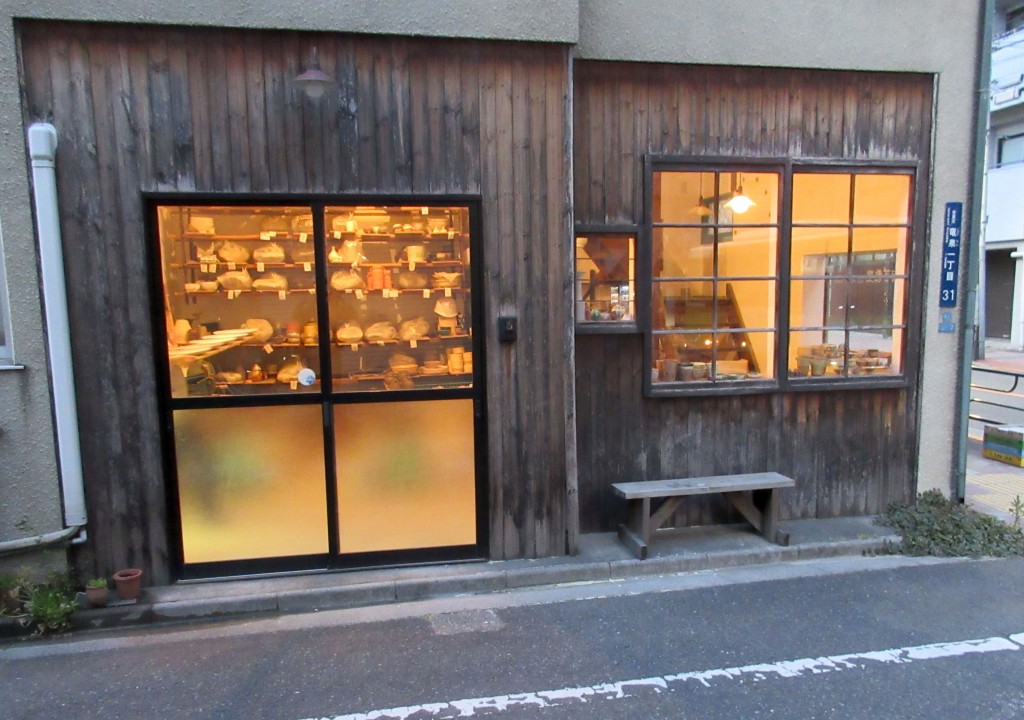 Today we are sharing part two of sfclayworks studio member Chris Lewis’s experiences in Japan. If you have not read part one, please check this link first. “Konnichiwa sfclayworks” . Once again, thank you Chris!!!

This week, Koyama-sensei gave me a chance to work with clay from Bizen. Bizen pottery originates from Okayama-ken, in southern Honshu (Japan’s main island). Bizen is one of Japan’s six ancient kiln sites, though this style was almost lost during the Meiji-era (19th Century) modernization. The tradition was revitalized in the 1930’s in response to renewed interest in Mingei, and today it’s one of the most revered styles from Japan. Bizen potters never glaze their work, relying instead on kiln effects from the long firing with red pine in either noborigama or anagama kilns. A good review of the main types of Bizen pottery can be found at: http://www.toukogama.com/en/bizen. I had a chance to visit the Bizen area in 2009. Here are a few shots from that trip: 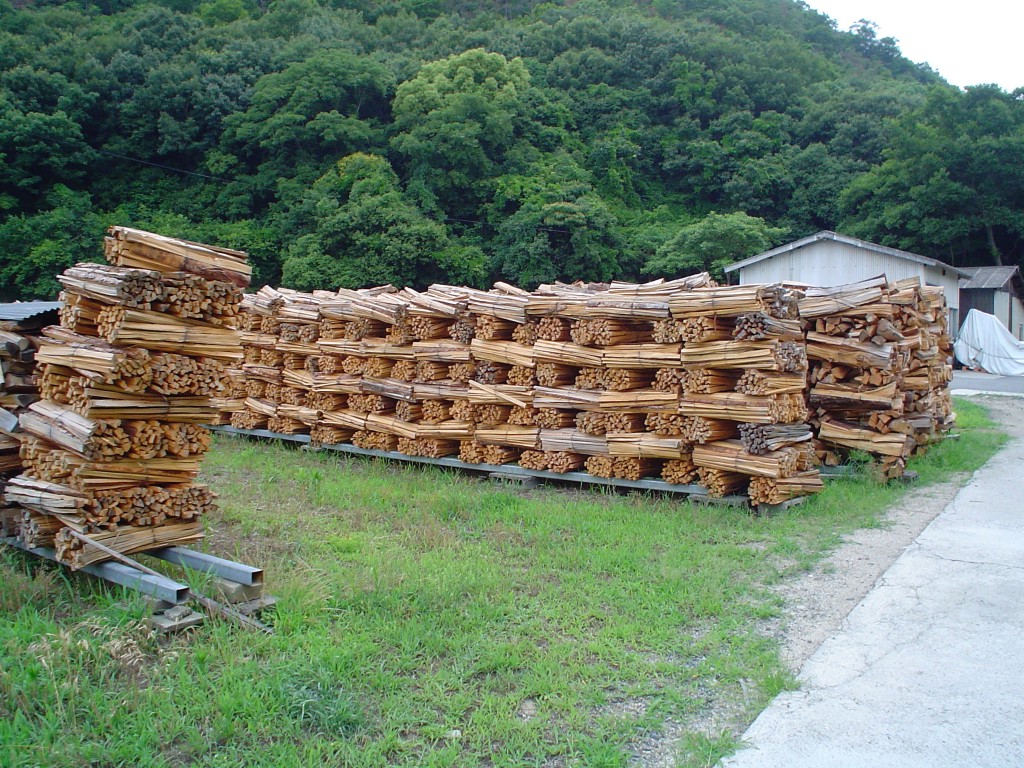 Red-pine bundles ready to use 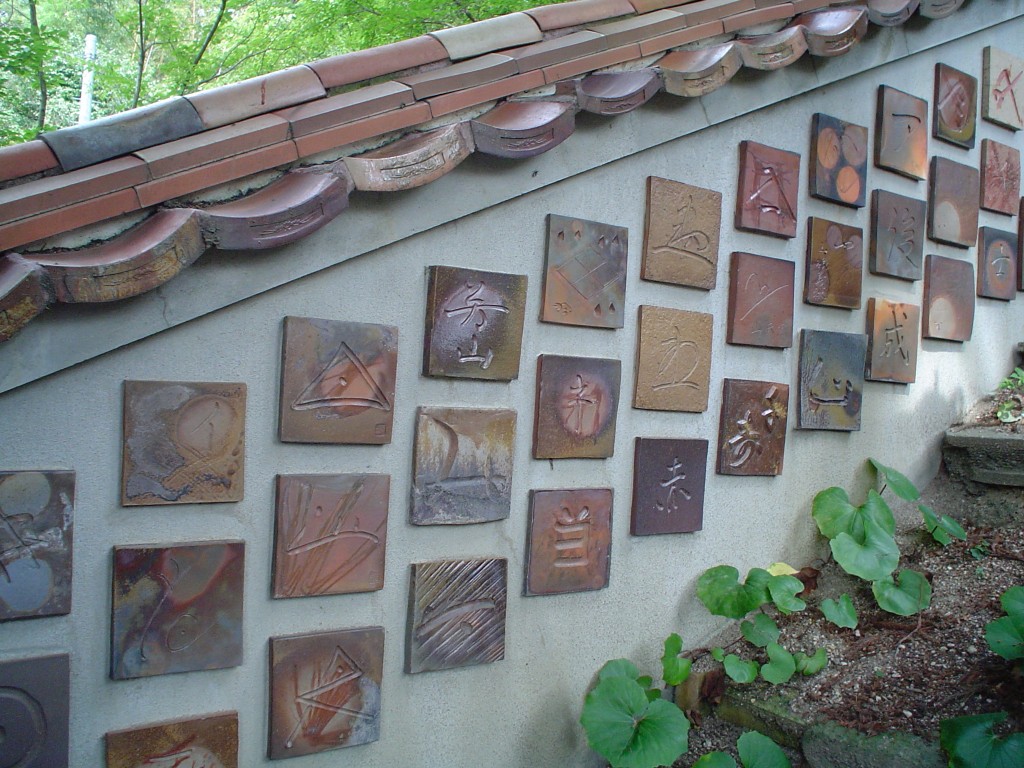 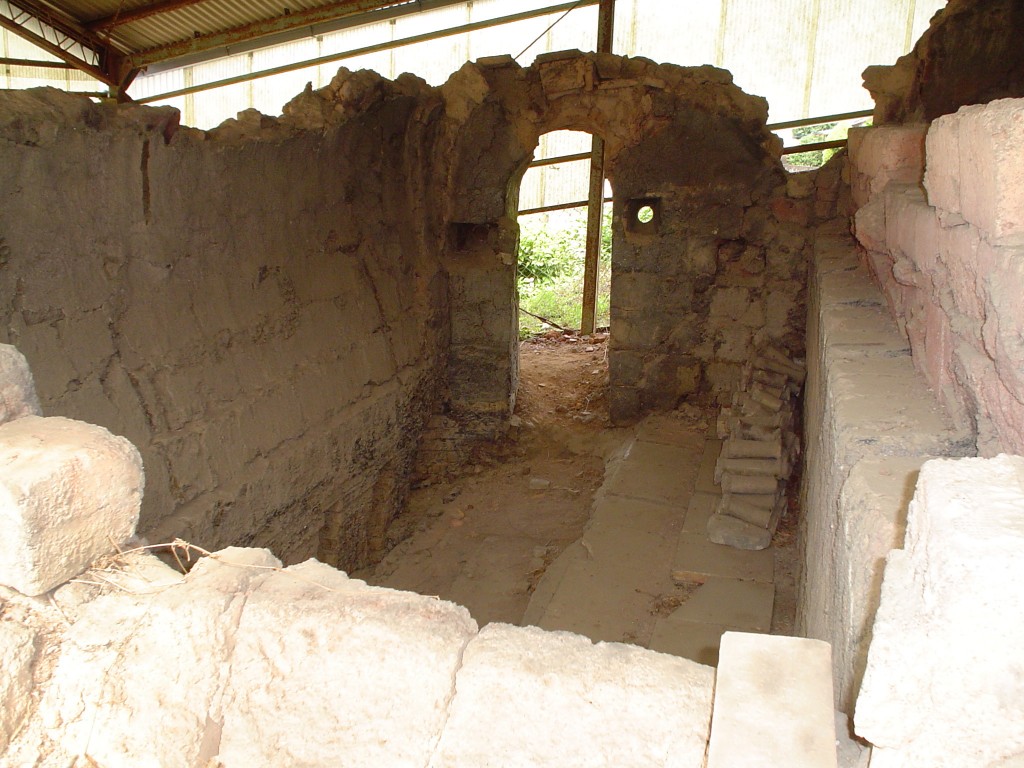 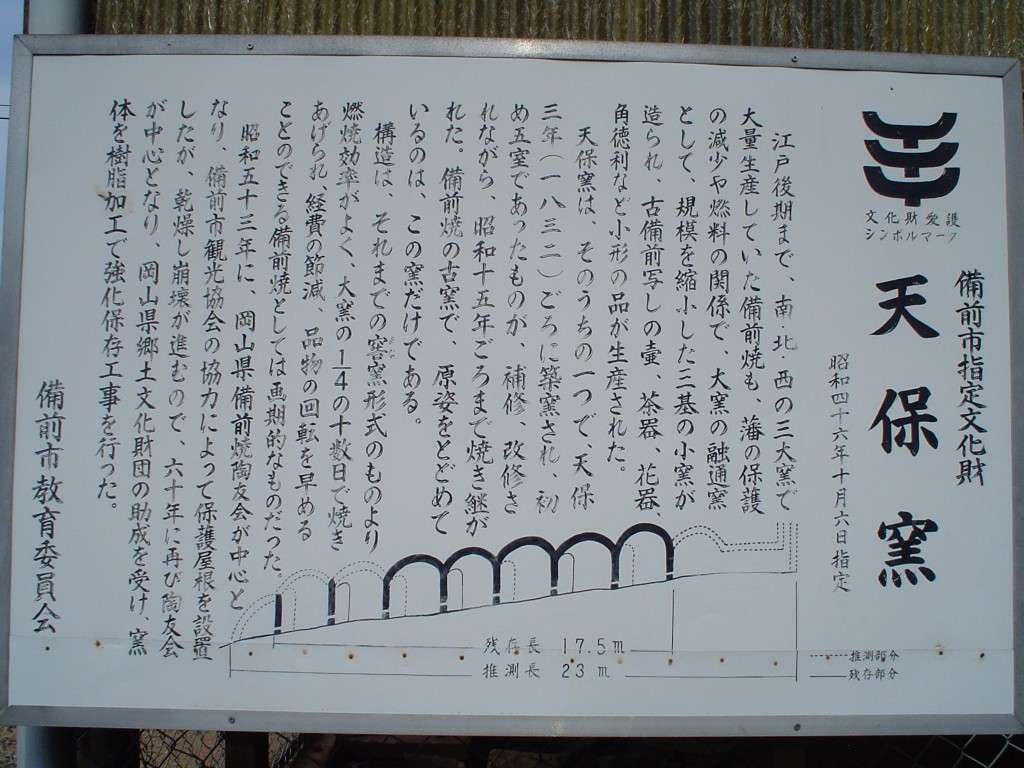 Bizen clay has a smooth, iron rich body and a high shrink rate. Most likely, it has more of what U.S. potters call ball clay in it than our typical stoneware clays. While ball clay shrinks a lot, it also gives the clay body a higher plasticity than most stoneware clays. I found it fairly easy to work with. Of course, I also had to make a new tool. One of the forms Koichi-san had me make was a sake bottle. Bottles have a narrow neck, making it difficult to get your hand in while shaping. Many Japanese potters use a question mark shaped wooden tool (throwing stick) to get around this problem. I nice thing about making my own tools, is they are left-handed – hard to find in an 85% or more right-handed world! I also made a small tea set in a style I’ve actually been practicing on my own for several years. I learned from our instructor that these tea sets became popular after WWII because they were easy to carry while traveling. Here are a few pictures from that session: 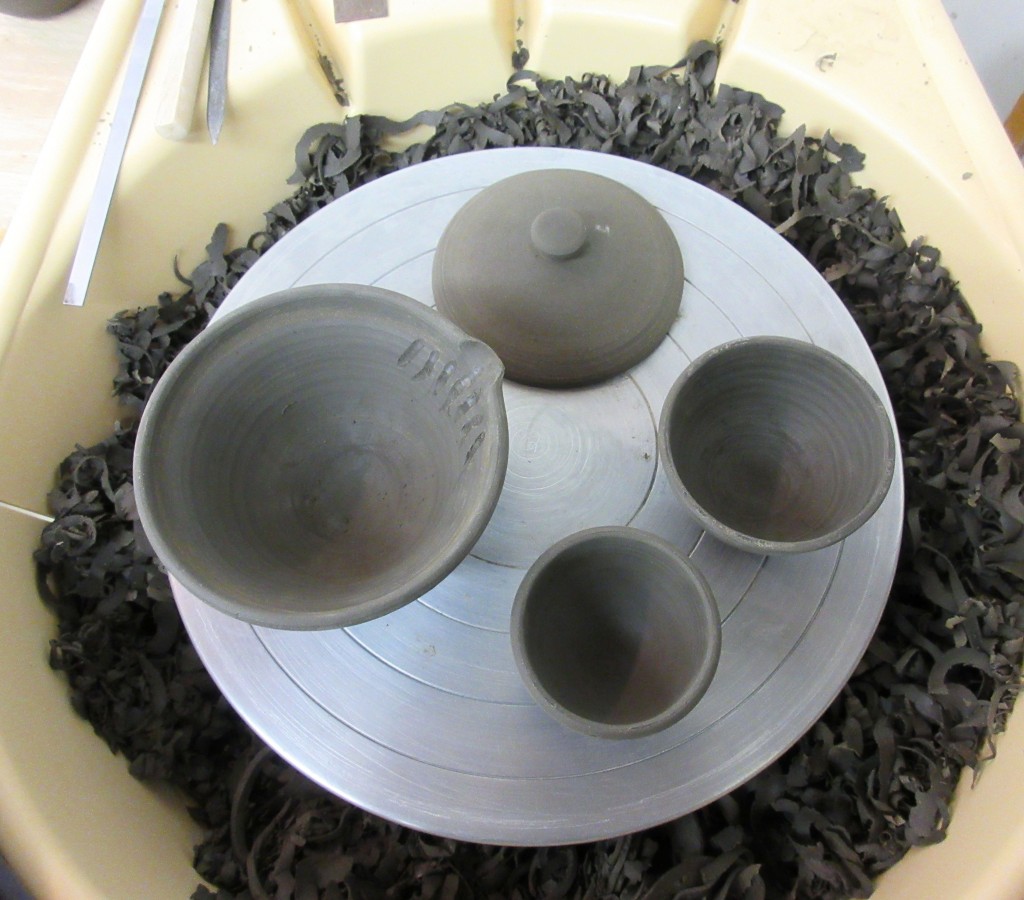 Before I sign out this week, I wanted to share a link to Koichi Koyama’s work. I see some of the finished work he has around the studio, but those are all from the demos from the classes. He’s quite modest, so I decided to do a little research on my own. I know his wife Emi helps with the set-up of Asia Week, in New York, so I checked there first. Here’s what I found: http://onishigallery.com/koyama-koichi. Highly technical, yet still subtle and reminiscent of Japanese craft tradition. Also a bit out of my price range, but what a great opportunity this has been to learn from a master.